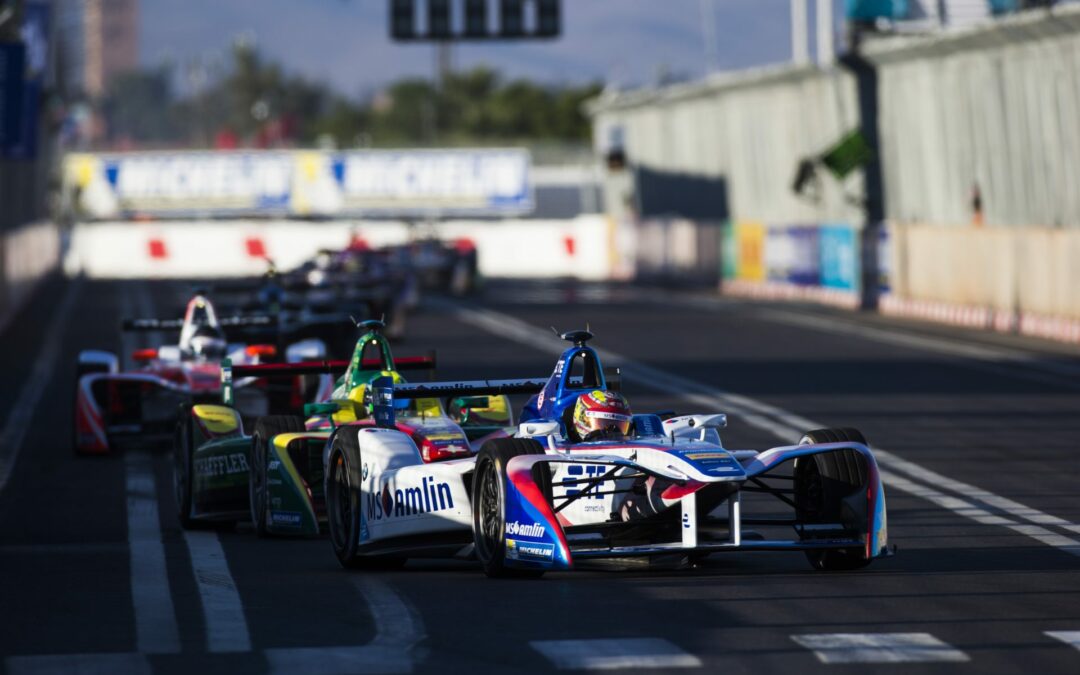 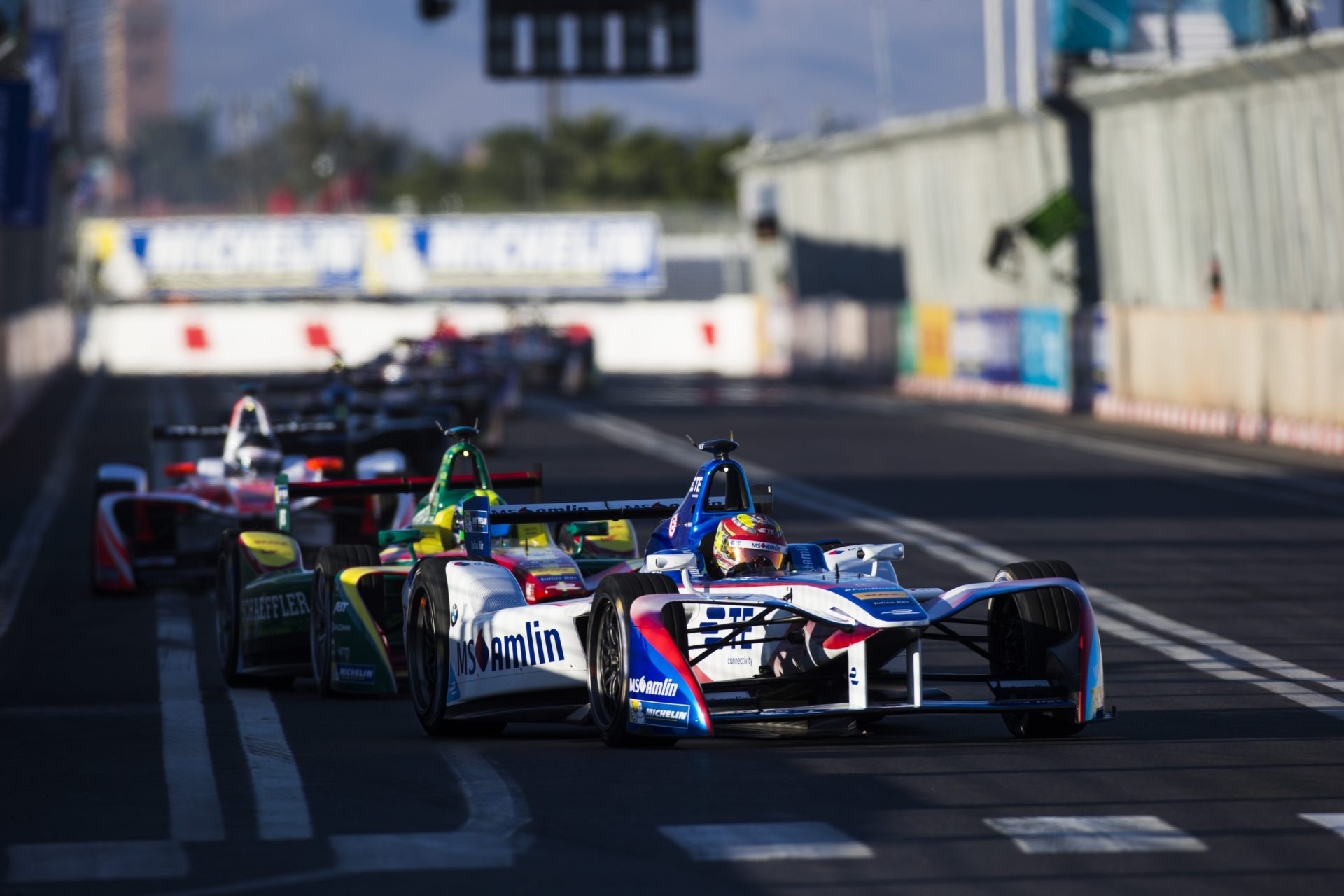 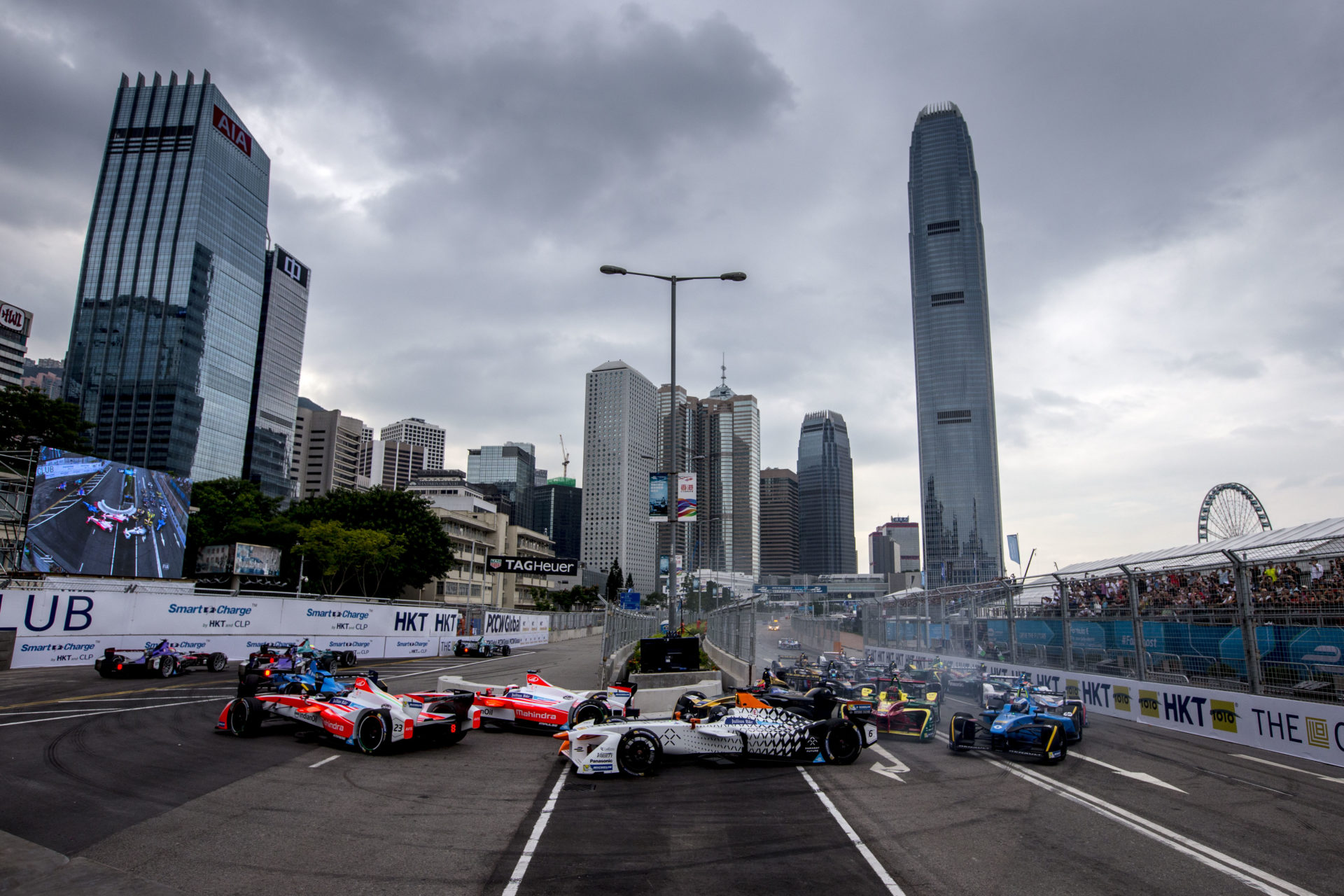 Now in its fourth season, Formula E isn’t quite the ‘new kid on the grid’ anymore however it’s still got some way to go to convince die hard motorsport fans that it’s a serious addition to the motor-sporting calendar. So what exactly is Formula E and why do we think you should be queuing up to watch?

Formula E is the world’s first all-electric single-seater racing series. Launched in 2014, the championship is contested by 10 teams with two drivers each. The entire spectacle takes place on one raceday – normally  a Saturday, although there are a couple of Sunday races planned for next year – each race is known as an ePrix. Much of Formula E feels familiar but unlike F1 it’s eerily quiet… if you’re not on the ball, half the track will whizz past you and the only warning you’ll get is the roar of your fellow spectators! The rather bizarre ‘car swap’ that takes place during the race does look a little odd but this should be rectified next year with the development of the new 54kWh battery, which will produce enough energy for a ‘one-car-per-driver’ race. 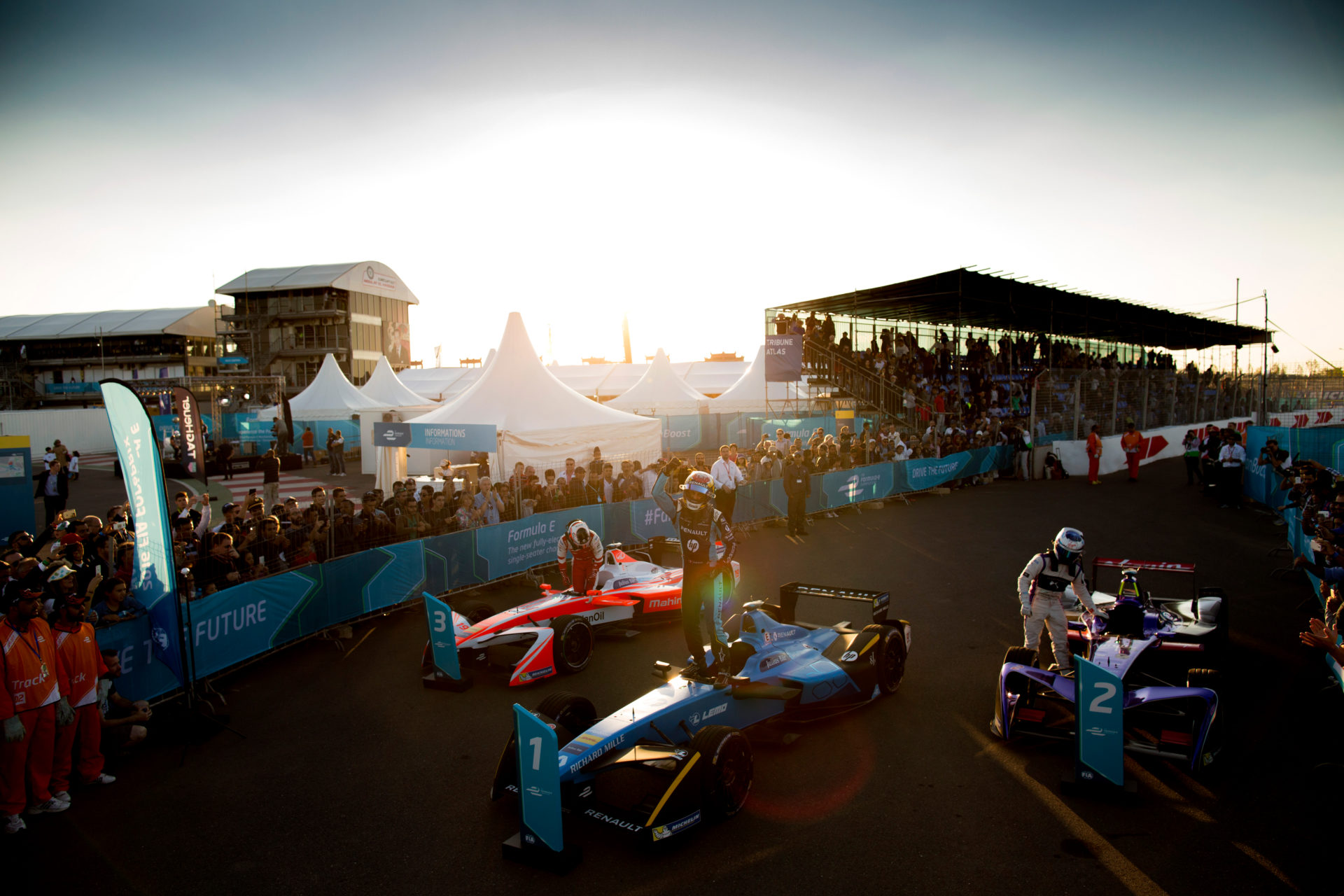 Where Formula E has been brilliant is ‘fan engagement’ which it does in a way no other motorsport has, and that seems to be attracting a new generation of enthusiasts. Taking the action to the fans by holding its races in the middle of the world’s capital cities was a good move and the hard push on social media has been effective too. Thanks to live ‘in-car’ video streaming and the controversial voting system called FanBoost, spectator participation has been taken to a somewhat futuristic level.

FanBoost allows fans to influence the race by voting for their favourite driver via various social media channels. Voting starts twelve days prior to an event and closes six minutes into the race – the three winning drivers each receive an extra 100kJ of energy, which is used once while driving their second car. Although controversial, FanBoost has certainly added to the sense of involvement between drivers and their fans.

However innovative the FIA have been, without doubt the best thing about Formula E is that the line up is relatively evenly matched, and the racing is ruthless. If you’re looking for excitement then the dogged overtaking manoeuvres, constant leader changes and inevitable collisions should win over your loyalty. If that’s not enough then the Formula E bespoke soundtrack and the after race party should secure your vote.

For more information about our raceday packages please contact a member of our team on 0203 816 1000 or click on one of the links below: