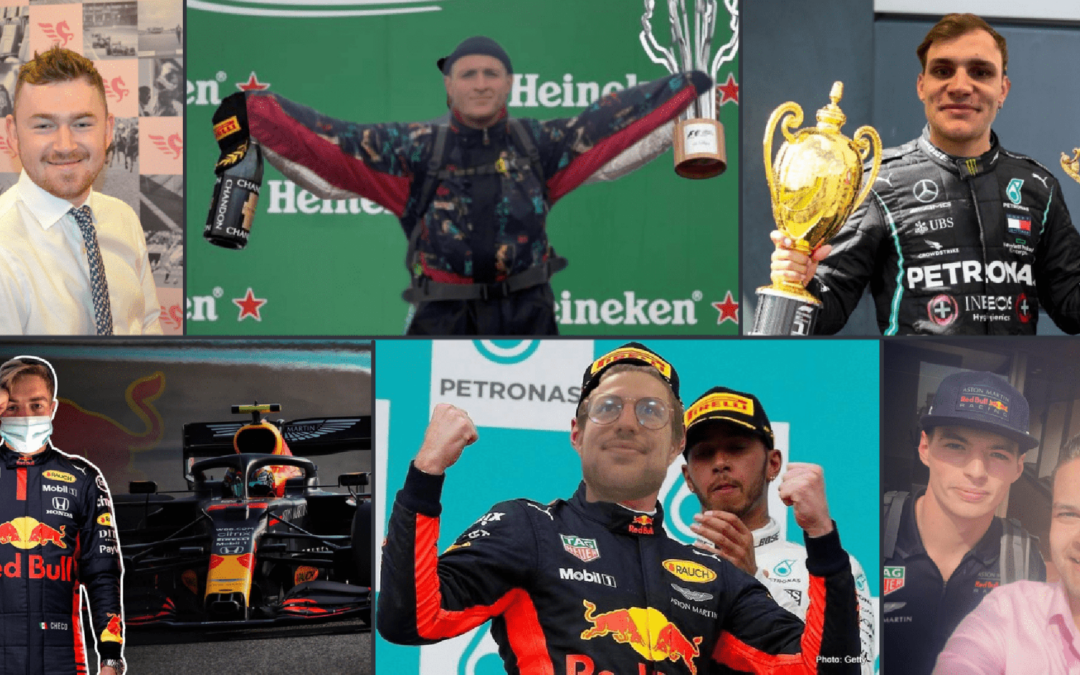 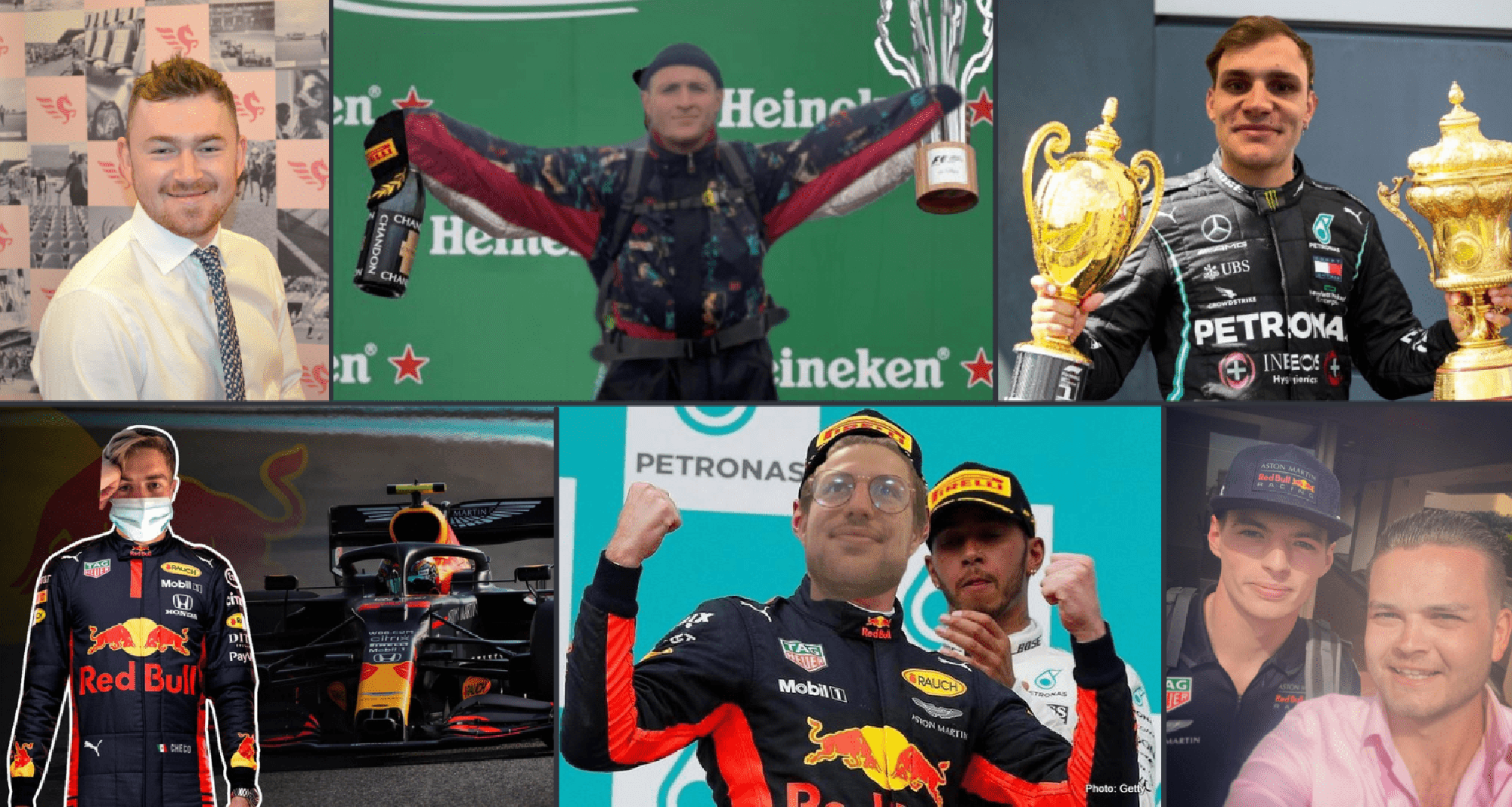 Formula 1 returns this weekend, after a much-anticipated wait during the winter months. The start to the 2021 will differ slightly from previous years as the Australian Grand Prix which usually kicks off the season has been delayed until November and makes way for the Gulf Air Bahrain Grand Prix. Bahrain will give us the first competitive look at the new cars, teams and drivers after testing.

We caught up with some of the team (who submitted some very poorly photoshopped images) prior to Formula 1 returning to our screens to get their predictions for the Season:

Who will win the Formula 1 World Championships this season?

The team were in complete agreement with who will win the Championships – Lewis Hamilton.

Anthony Bell, one of our Account Managers said it’s hard to see anyone other than Hamilton winning with Jason, our Operations Manager agreeing ‘there is no doubt about it’.

One rogue team member initially went with Max Verstappen, then selected an even bolder choice. He explained: “I thought I should put a reasoning behind my supposedly “outrageous” prediction with Verstappen winning the Championship. In fact, I’m going to change mine to Sergio Perez, bold…could be even more bold! Hamilton has been at 110% since 2008 after winning his first title, he’s 36 now and surely has to be slowing down soon. Sergio Perez driving a Mercedes engine last year means he’ll have an inside knowledge on how they will work and reckon he could be a dark horse this season and certainly give Hamilton a run for his money. 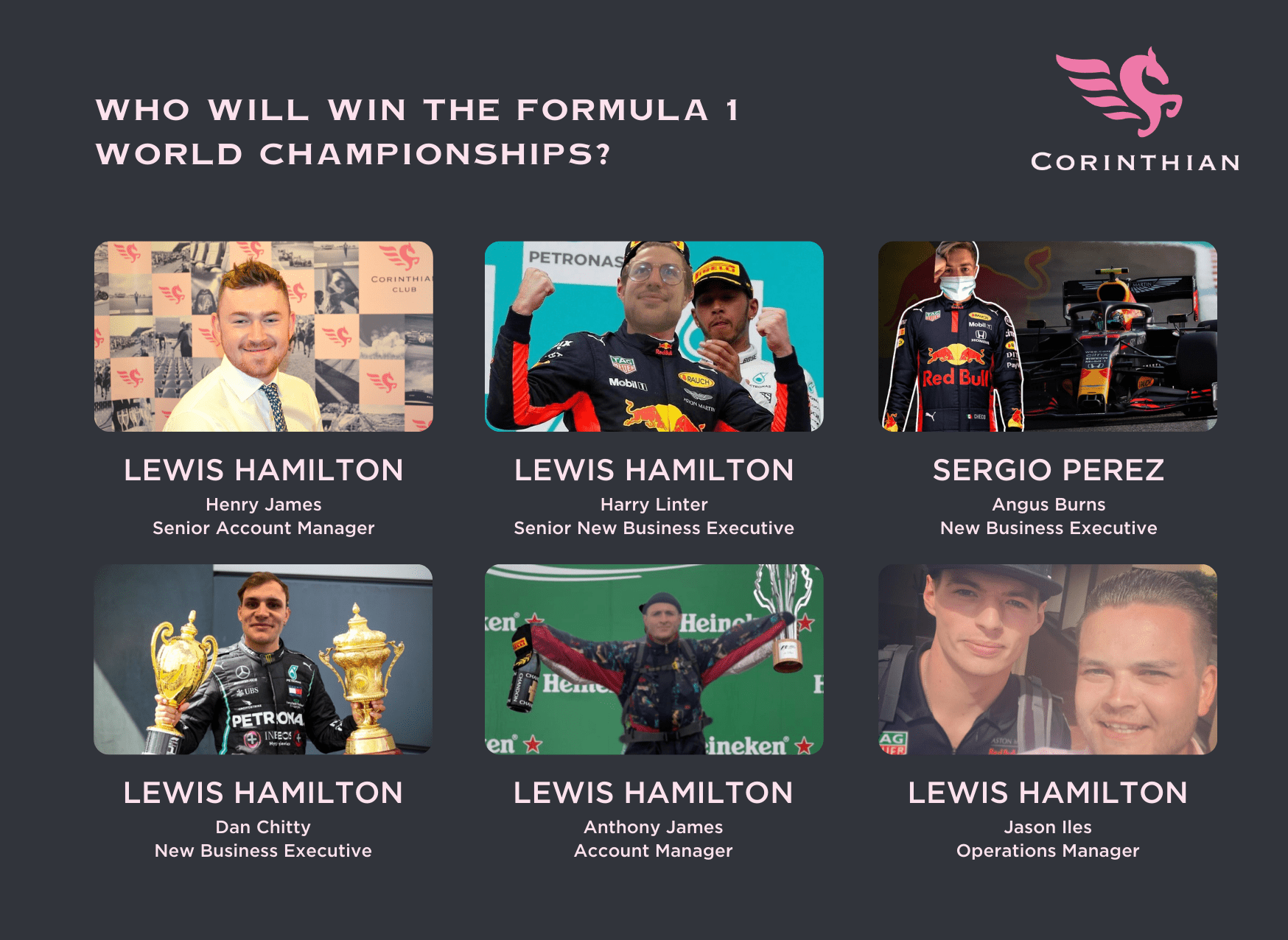 Who will win the Formula 1 Constructors Championship this season?

A unanimous decision from the team again with them being unable to see anyone getting close to Mercedes, let alone beating them. 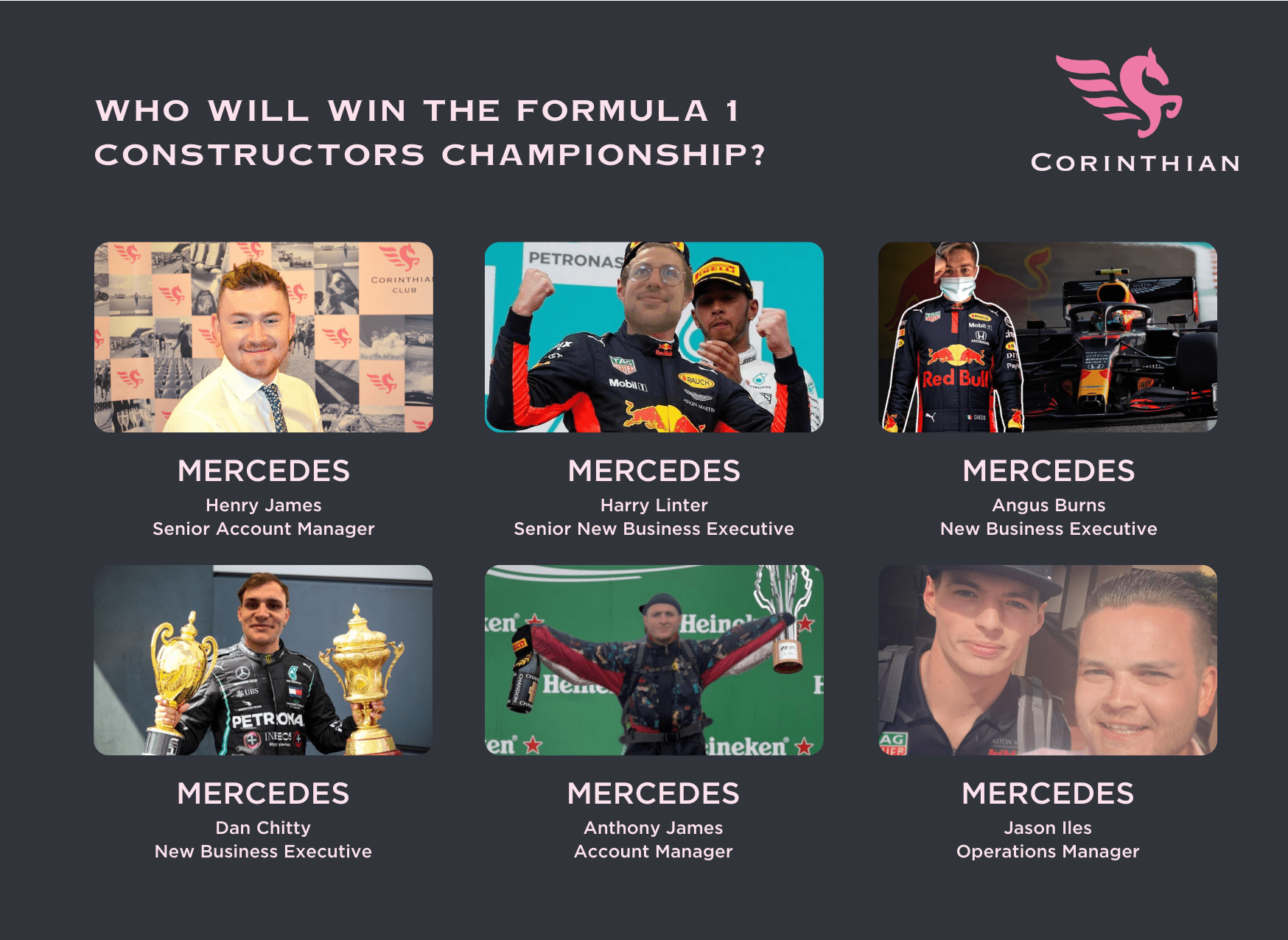 Jason, along with most Formula 1 followers is a huge fan of Daniel Riccardo, but actually believes Max Verstappen is the driver to watch this season. “I love Danny Ric and think he’ll do well with McLaren but I think Max Verstappen could really challenge for second place this year if Red Bull get the car right and he’ll be my one to watch!”

Henry, Dan & Angus all agreed Riccardo was in fact the one to watch whilst Harry is backing Charles LeClerc for the season. 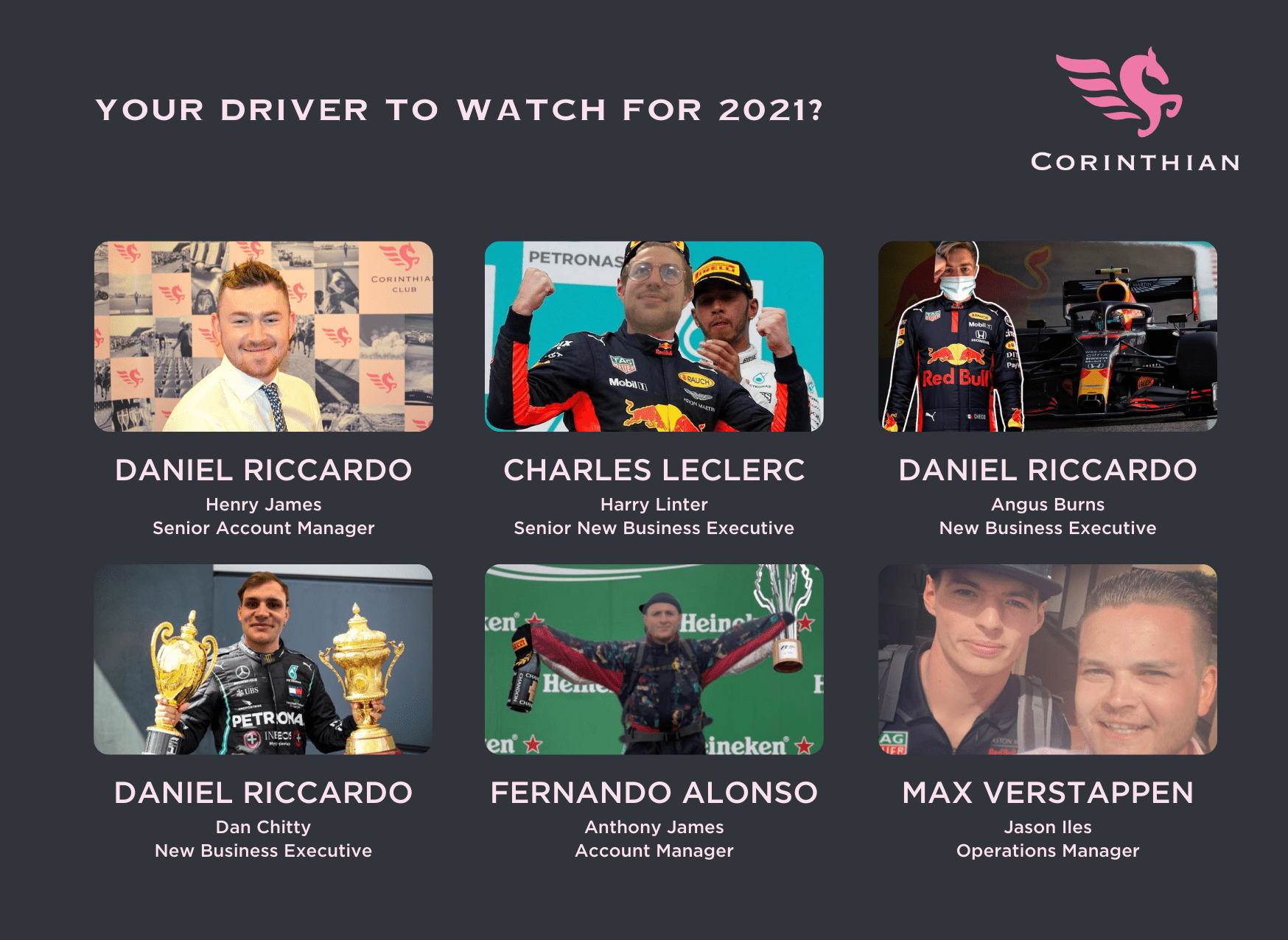 Most of the team went with Aston Martin & McLaren.

However, Anthony went with Haas F1 – with their all new all rookie line up. He explained that the son of an F1 Legend and his controversial teammate will be very interesting!

Jason believed it could be a good year for Red Bull. Claiming the Verstappen & Perez line-up will be very strong. He’ll also be keeping a keen eye on McLaren, as he thinks Norris & Riccardo will be a great pairing, on and off the track! 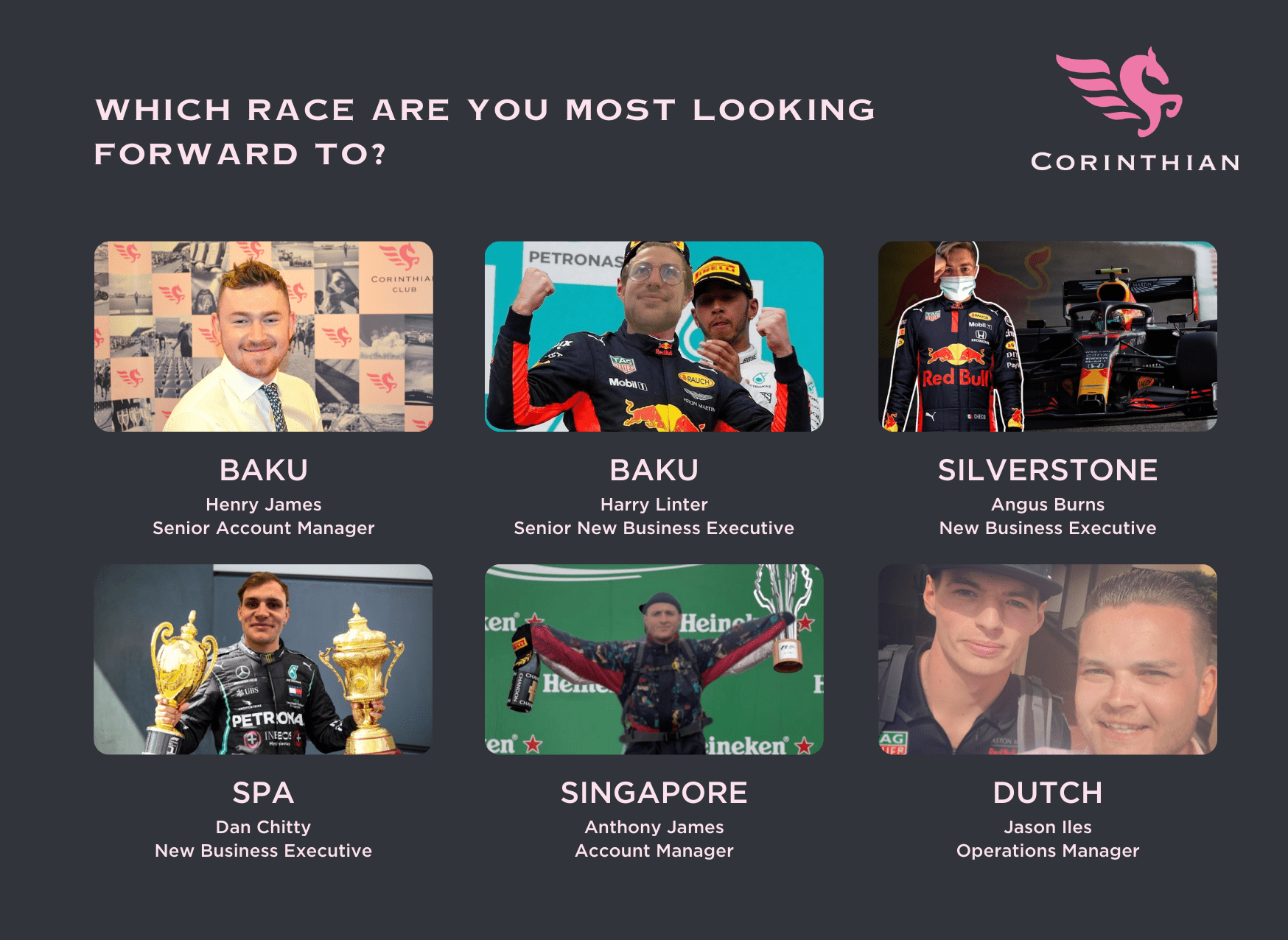 What are your predictions for this Formula 1 season?

Want to join us for the British Grand Prix? Find out more information.